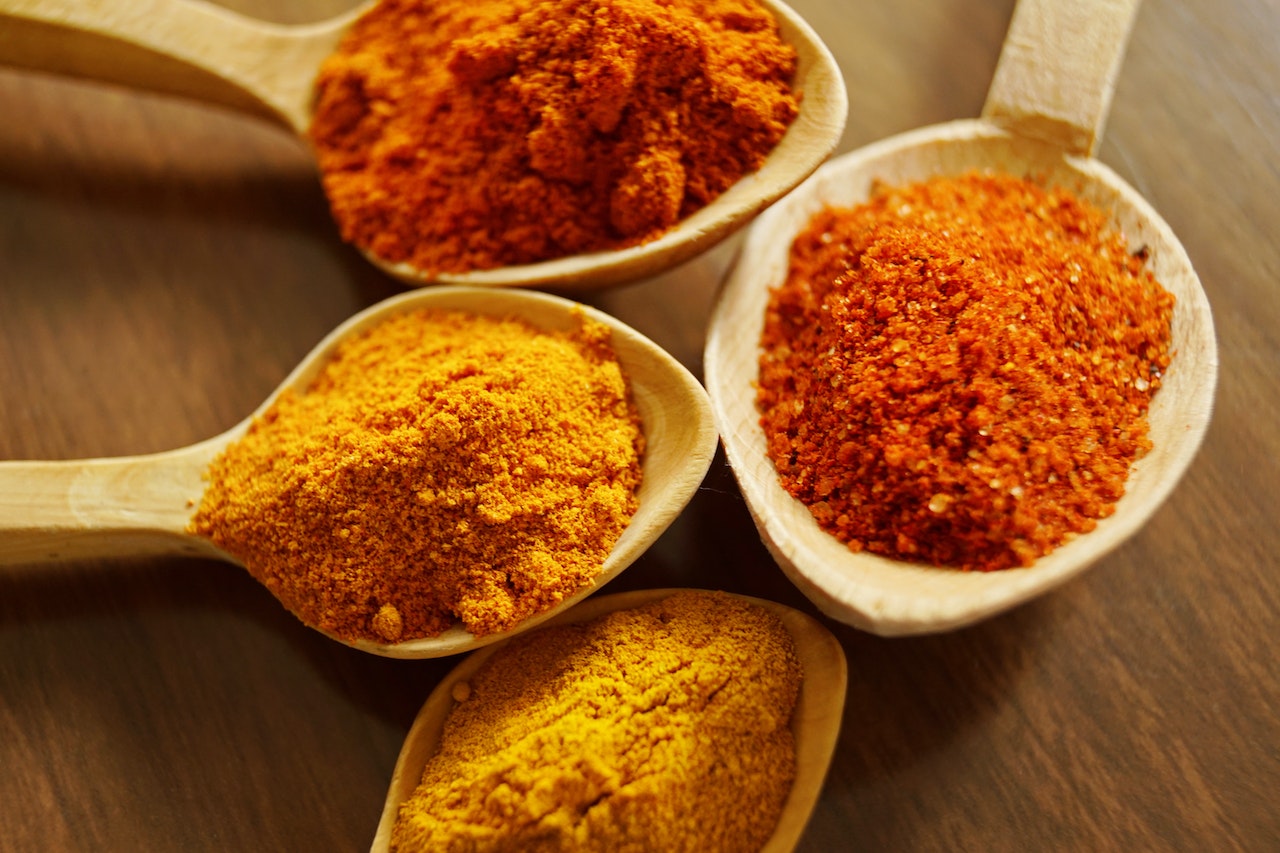 Spices play a significant role in the preparation of traditional Indian dishes and are utilised in a variety of ways. This helps give Indian food its distinctive flavour. Exploring Indian cuisine would undoubtedly help you considerably broaden your arsenal of cooking techniques.

The art of combining different types of traditional spices to create exquisite dishes is practically a symbolic act. Because of this, the spice rack, in addition to the restaurant’s recipe book, is typically considered the most valued property in most Indian restaurants.

Continue reading to learn more about the spices used in Indian cooking.

Turmeric is the most commonly used spice in Indian cuisine. Traditionally, it is used to flavour curry powders and curry pastes. Many curries rely heavily on this unique spice to give them their characteristic yellow hue.

The versatility of turmeric is another one of its many admirable qualities since it is included in a wide range of culinary preparations. It can be used to add colour to salad dressings, can be used to enhance the taste of yogurt and can also be used for spicy sauces.

Ginger is another type of spice that is utilised frequently in Indian cooking. It is widely used in the preparation of a variety of curries, sauces and chutneys. It is frequently used in making the popular Indian spice mixture, garam masala, which is added to most Indian dishes.

Cumin is another spice that is used to flavour traditional Indian dishes. A wide variety of sauces and hot curries can be flavoured using it. Garam masala, a popular Indian spice blend, also includes cumin. The aroma of cumin is usually earthy yet aromatic.

Garam masala is a spice mixture that is used to provide flavour to Indian cuisine. It is a combination of several distinct kinds of spices. In many cases, it is included in the final step of food preparation and added to various delicacies. It provides a nutty, sweet taste to every dish it is added to.

Cardamom is the most popular spice in India, especially amongst the Hindus. It is essential to mention that the cardamom pod seeds are used to flavour Indian dishes, whereas the skin is utilised as a flavouring agent. It is believed that cardamom can aid in digestion, relieve bloating and treat nausea.

There are plenty of Indian spices which are used to add flavour and colour to every dish. If you are a true fan of Indian cuisine, you should consider adding the abovementioned spices to your spice rack.

Are you searching for an Indian restaurant in Surrey? Check out VeerjiI! We provide authentic Indian cuisine that is lovingly prepared and served. Call us today for delivery and pickup, or stop by any of our locations.