Chicken Tandoori Origin and Why It Is Healthy and Delicious 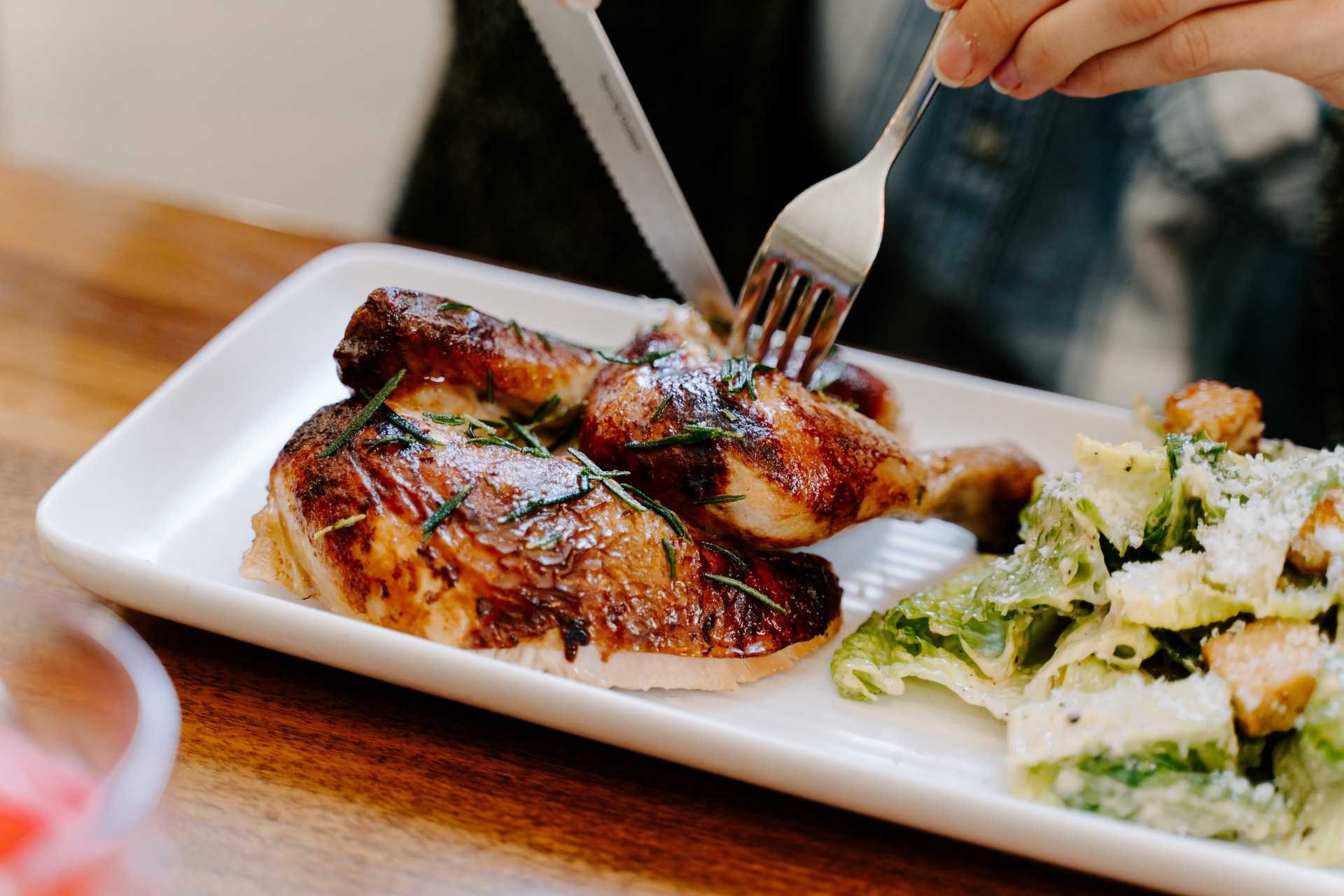 Chicken Tandoori Origin and Why It Is Healthy and Delicious

Tandoori chicken is undoubtedly one of the most well-known dishes in Indian cuisine. Its name comes from the Persian word tannur, which means fire. It is popular not only in India but also in Pakistan and even England.

A lot of people like it because it is both delicious and nutritious. The primary ingredients are skewered chicken flesh and various seasonings like yogurt, cumin, nutmeg, and tandoori masala.

The History of Tandoori Chicken

Its preparation makes tandoori chicken a special dish. Traditionally, it is cooked at high temperatures in cylinder-shaped clay ovens called tandoors, producing luscious meat with a smokey flavour. According to a widely accepted idea, it was created by Kundan Lal Gujral in his restaurant Moti Mahal (Palace of Pearls).

He wanted to create a new dish so he attempted cooking the chicken in the tandoor, which was often used for baking the well-known Indian bread known called naan.

The crispy yet delicious chicken meal even grabbed the attention of Indian Prime Minister Jawaharial Nehru, who visited the restaurant and established it as a classic dish at official banquets.

A Different Story About Tandoori Chicken

According to historians, tandoor-cooked chicken dates back to the Mughal era, when it was just a component of enormous Indian feasts, contrary to the belief mentioned above.

Due to the popularity of tandoori chicken, various versions were created, including butter chicken and chicken tikka masala, both of which are widely available in restaurants around the nation.

Reasons Why Tandoori Chicken Is Healthy

1. It Is Traditionally Prepared

This means neither gas grills nor barbecue ovens are used to prepare tandoori chicken. Tandoors, or clay ovens, are used instead. The traditional cooking method gives it the genuine flavours people adore. Many fans of tandoori chicken can tell if their meal was prepared using a barbeque grill rather than a standard clay oven.

Chicken in general is very high in protein. When making tandoori chicken, the natural proteins are retained because it is roasted in an oven. Protein is essential for developing muscles. So eat tandoori chicken if you are building your strength.

3. It Is Rich in Vitamins

Chicken contains a ton of vitamins, and the ingredients found in the tandoori dish adds even more vitamins, such as vitamins C, iron, and potassium.

4. It Is Good for the Brain

There are two reasons why tandoori chicken is healthy for the brain. First, chicken can help elevate serotonin levels in the brain, which can lift your spirits and lessen stress.

5. It Can Boost Your Metabolism

Are you looking to lose weight quickly? If so, try eating tandoori chicken! This dish contains high amounts of selenium, which help with rapid calorie-burning. The body also utilises selenium for metabolic enhancement. Think about consuming this dish for several hours before working out.

You should try tandoori chicken soon if you haven’t already. The outer layer is dry, almost like a roast. The chicken is juicy and has a delicate rose colour. The yogurt marinade is tangy and adds a little bit of zing to the otherwise simple dish. Not only is the dish delicious, but it’s also remarkably nutritious.

Are you looking for a good Indian restaurant in Abbotsford? Check out Veerji. We deliver authentic Indian dishes right at your doorstep! Browse through our menu now and place an order.